Neo-Peasantry: A Way Of Life 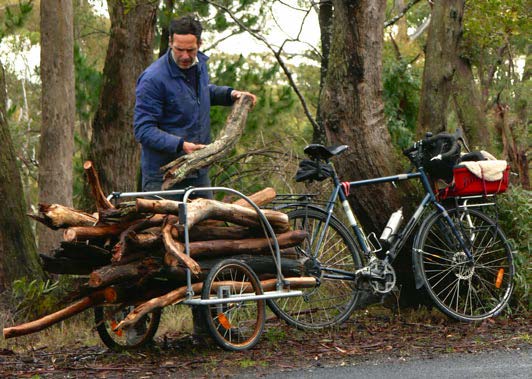 As a culture we have chosen climate change. We have created it through unbridled desires, our modes of travel, consuming passions and our gluttonous economic form. As a family, on a household income that would be considered below the poverty line, we have chosen another path.

Grow Your Own Bush Foods: A Taste Of The Bush In The Backyard 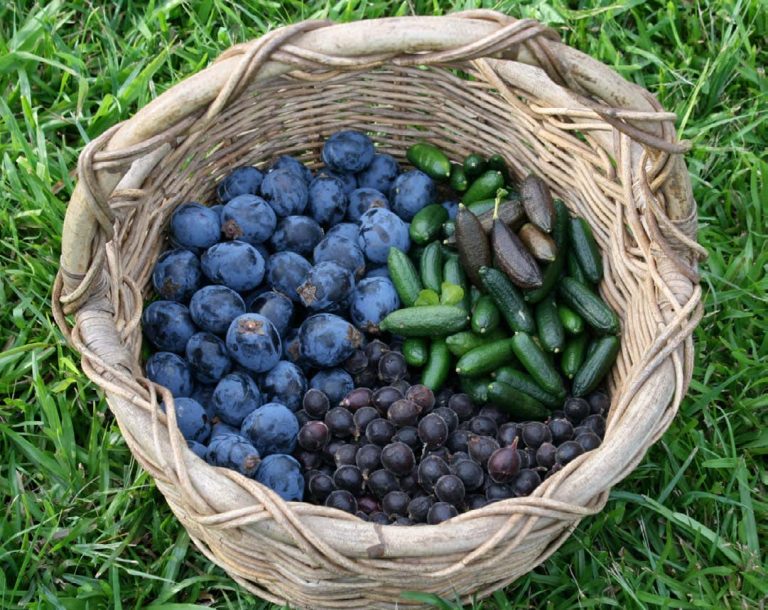 The fruits and aromatic leaves of the tropical and subtropical rainforests of Eastern Australia provide a whole new palette of spices, fragrances and flavours for the adventurous cook. These uniquely Australian flavours, merged with the creativity stimulated by living in a multicultural society, readily give rise to an endless array of culinary innovations. 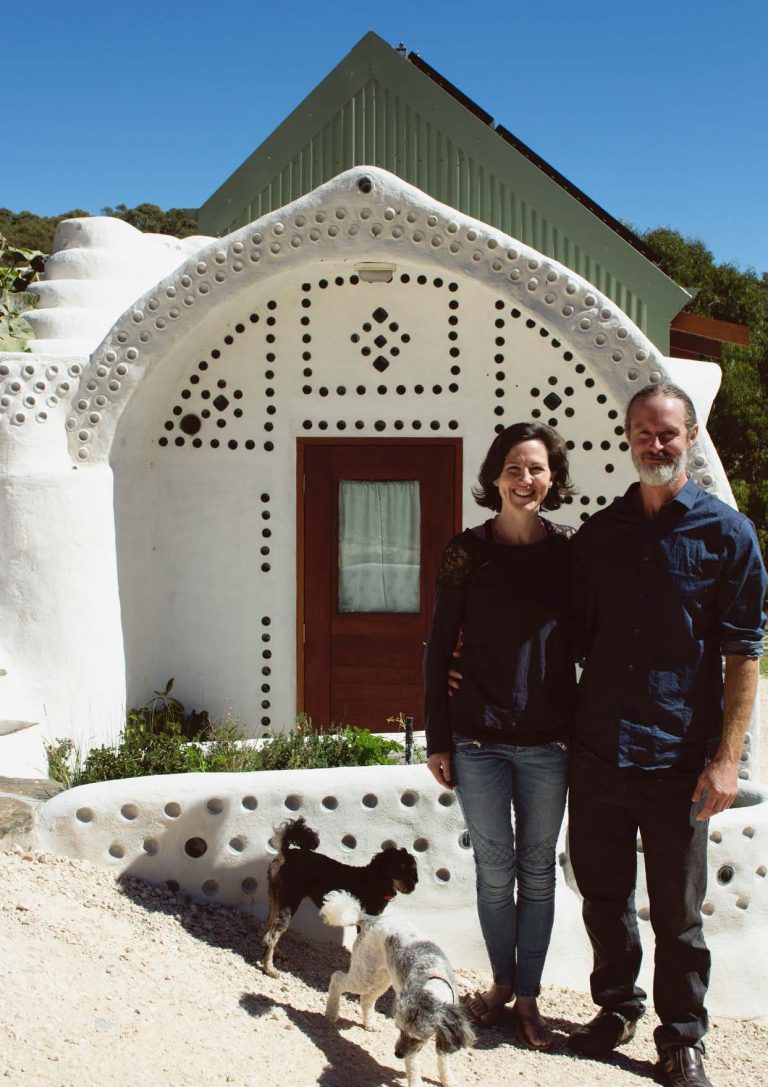 Grow Your Own Mulch 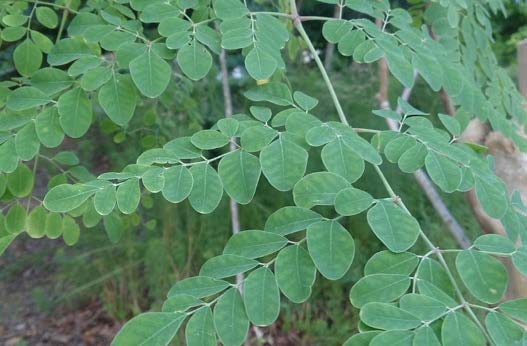 Plants such as acacia are best kept to a manageable height that is easily reached and cut back to that length each time it’s harvested. Here, half the growth is cut back; Cut material is then placed underneath the avocado tree. Acacia branches can be cut into smaller pieces which assists in breaking them down more quickly; Comfrey leaves are simply all removed down to ground level; Mulching complete with a 10–15 cm layer under the avocado tree. Pay particular attention to spreading it out just past the drip line. 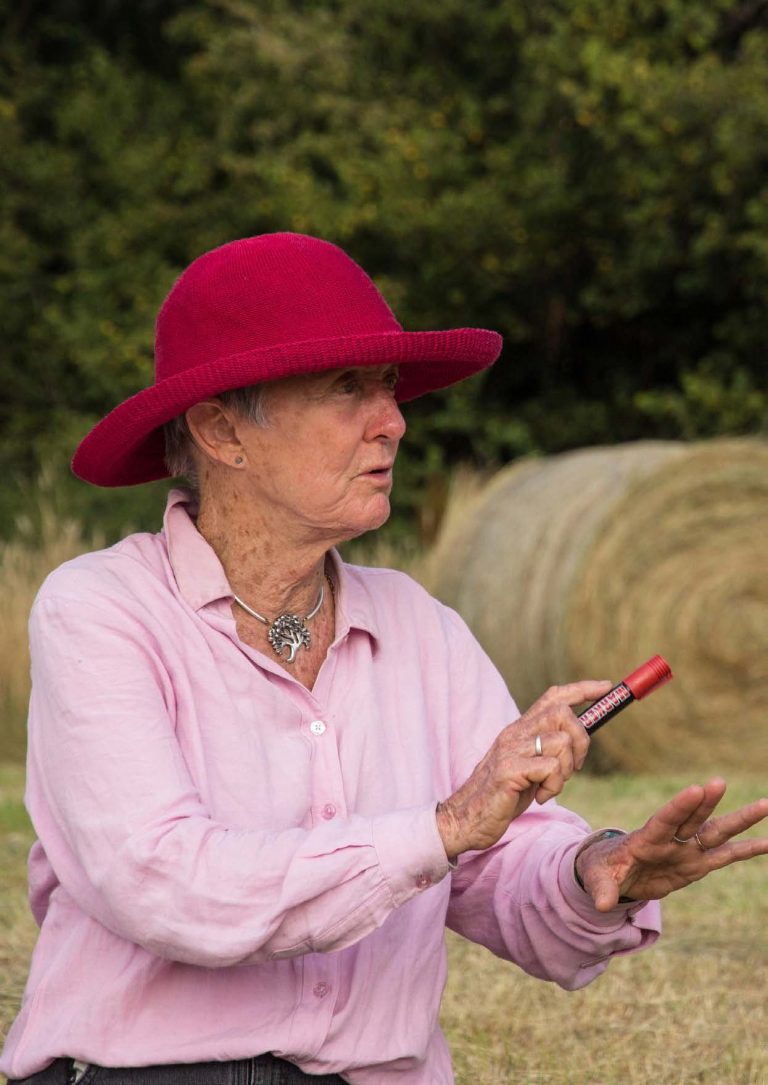 Living a committed life of service to humanity and this beautiful planet is natural for Rosemary (Rowe) Morrow. She has been working and supporting people in areas of need for more than four decades through teaching permaculture in places where others don’t go. Without permaculture, the needs of people and the land would be less adequately met. 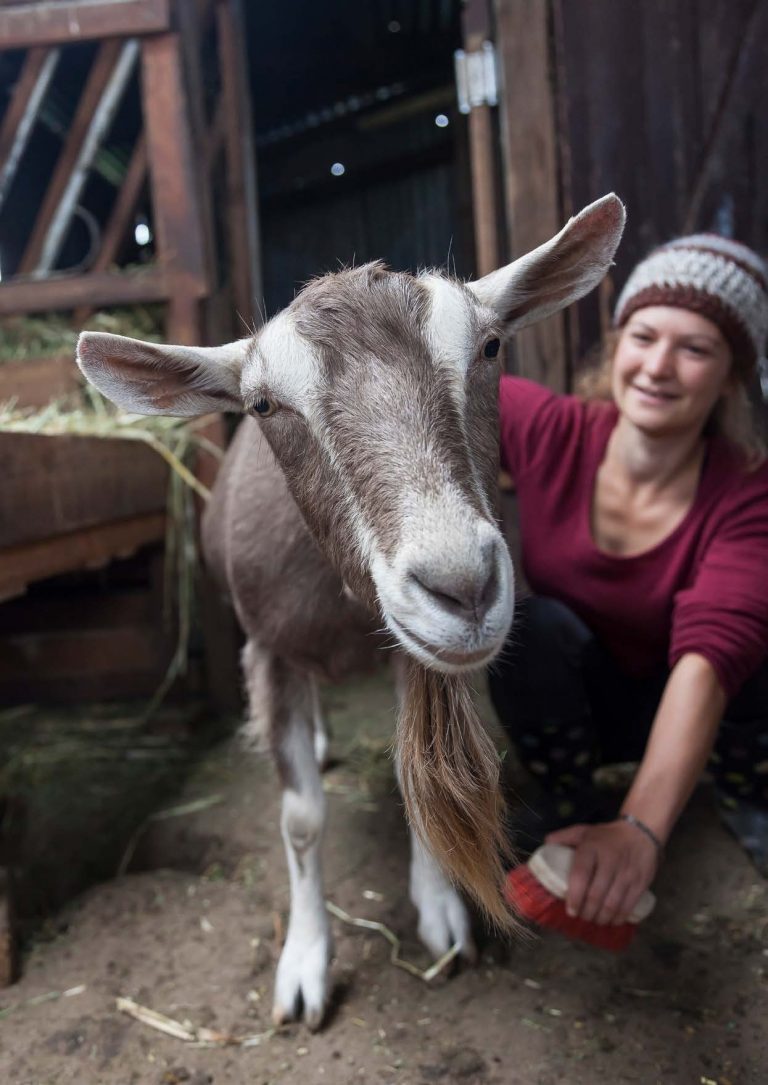 Hibi Farm is nestled on a sprawling suburban block in a quiet court in Melbourne’s not-quite-inner north. You could be forgiven for forgetting you were in the middle of postwar-built suburbia and instead had been transported back in time to the Swiss Alps, Heidi-style.

Goats In A Permaculture System 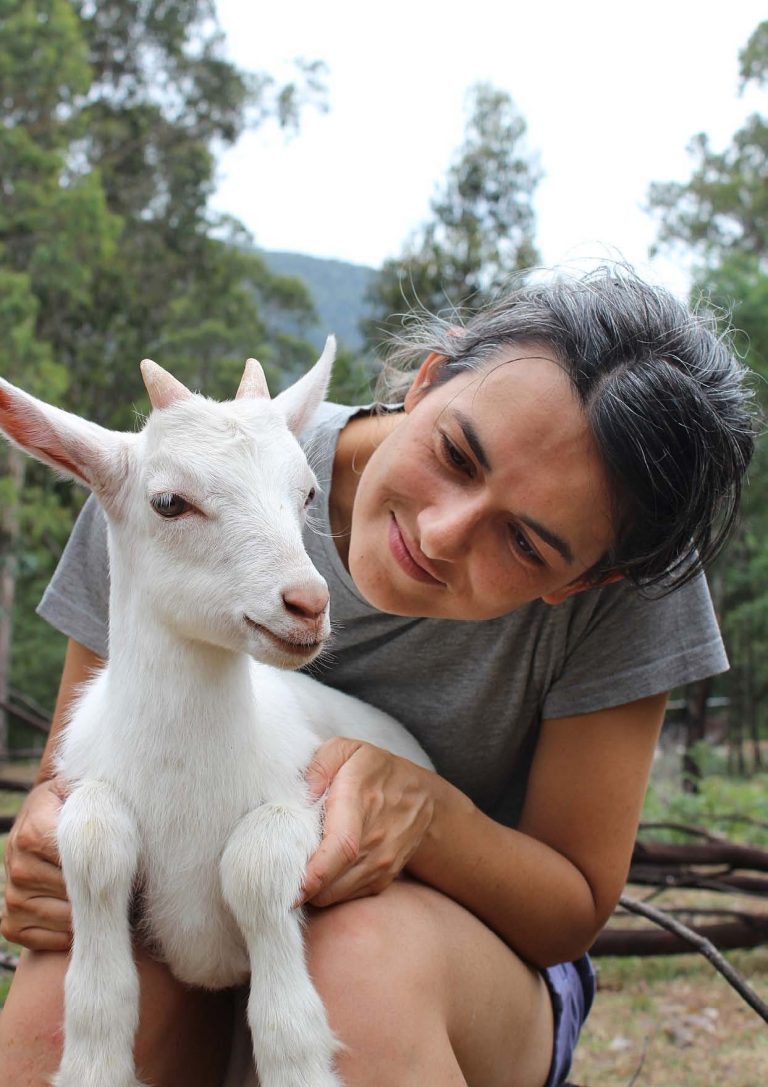 Goats are entertaining, intelligent and productive animals and can offer a lot of inputs into a permaculture system. Due to their varied palate, they can be very useful in managing woody and weedy vegetation, as well as blackberries. In fact, much of their feed can come from excess growth around the garden.

In The Garden: July – October 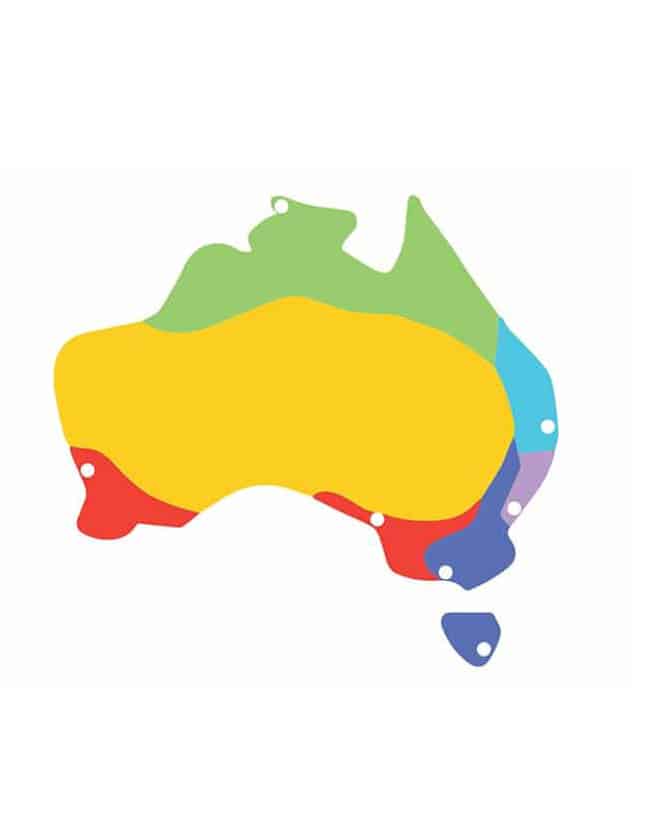 Save your seeds: Nasturtium 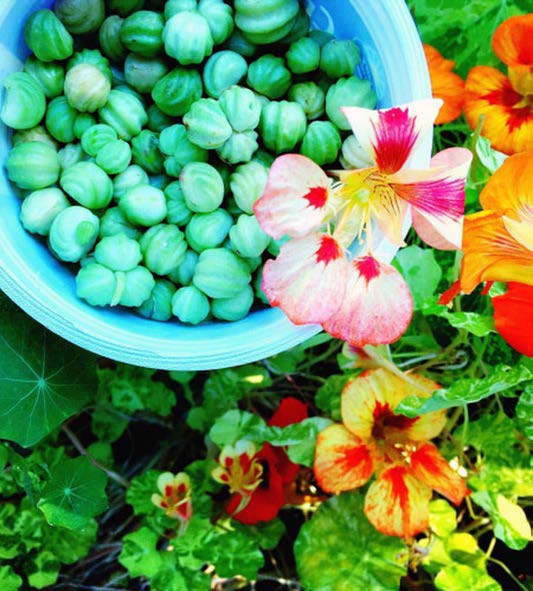 You can utilise all of this plant in your kitchen and garden. Add the flowers and young leaves to salads. You can use the green seeds (harvested after the petals have fallen) as a substitute for capers – to do this, simply pour freshly boiled vinegar into a tightly packed jar of unripe nasturtium seeds, seal the jar and store in a cool place. 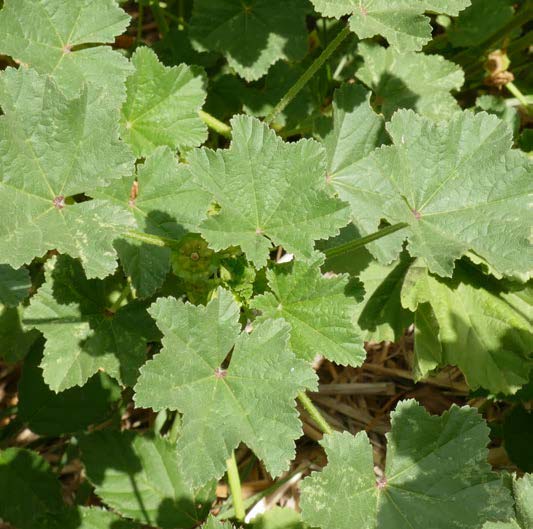 The small-flowered mallow (Malva parviflora L.), is also known as whorled mallow, whorl-flower mallow, ringleaf marshmallow and cheeseweed. It originated in the Mediterranean and south-western Europe, but is considered native to Asia and North Africa too. It has naturalised throughout the world including all states and territories in Australia.