Beyond the romance and deep pleasures of hands in soil, and the joy of sweet red orbs grown from tiny seeds that you thumbed into your garden beds and nurtured daily, freshness clearly also plays a part.

A supermarket tomato can be weeks old before it makes it onto your chopping board. And, because of that time between harvest and table, the fruit is picked unripe to survive its long journey to a household, through countless refrigerated storage points: chiller to truck, to chiller, to truck, to supermarket shelf, to bag, to home.

But it’s not only freshness or ripeness that affects the flavour of the fruit we eat. How it was grown matters: was it grown outside in summer sunshine in rich, organic soil, weeded and harvested by hand; or was it grown in a medium of coconut husks, trellised a metre off the ground in a hoophouse in autumn, with tubes feeding it synthetic fertilisers?

And who grew the tomatoes? Was it an army of migrant labourers earning less than minimum wage, feeding the insatiable hunger of the duopoly’s shareholders; or was it you, planting heirloom seeds, and tending them until the day you bring the juicy fruit of your toil to your lips, mere metres away from where you grew them?

And what if, instead of tomatoes or eggs, we were talking about pork, beef, lamb or any other meat or food that you simply can’t grow in your own backyard, unless you own a farm? How can you achieve the same satisfaction, and indeed trust, in what you’re eating?

For the average eater, the growth of farmers’ markets has bridged the gap created by the long, obfuscated supply chains that are the hallmark of industrial agriculture. Farmers turn up, rain or shine, to sell you the food they grew with their own hands, answer your questions, and help you to feel connected to that most visceral life need – the food that sustains you.

Now imagine a system where you can visit the farm, see the vegies you cook up for your family each week still in the ground, pat the pigs that make the bacon your daughter loves to eat with her backyard eggs each Saturday morning. Imagine you could become a member of such a farm: supporting its efforts to grow you delicious, ethical food in ways that regenerate the land; learning how to live and eat like a farmer yourself.

This is the beauty of community-supported agriculture (CSA) – a solidarity economy, where the farmer realises the full dollar-return for her labour; and you enjoy not only beautiful produce, but the knowledge that you are ensuring the viability of a small family farm. You share some of the risk with the farmer – if it’s a bad year for tomatoes, you accept that this year you won’t have as many tomatoes – and your sense of entitlement to tomatoes diminishes as your appreciation of the vagaries of weather and pests deepens.

Australia has a small but growing CSA movement, a model developed in Japan in the 1970s under what are called the ‘teikei principles’. The most basic principle of teikei is a direct distribution system based on relationships, not mere transactions. In summary, the ten principles are to:

In the USA, there are now 12–13000 CSAs feeding their communities directly. In Japan, Canada, and France there are also thousands of CSAs. The movement has grown so successfully in Europe that there are a number of regional European CSA networks to support farmers and eaters in their efforts. Urgenci, the International Network for CSA, was established in 2006.

As a CSA farmer myself (in addition to being President of the Australian Food Sovereignty Alliance), I was honoured to be invited to participate in the 2015 Urgenci Symposium, outside Beijing China. This included two days of inspiring farm visits, three days of sharing knowledge and experiences with people from across the world, and a final day of the General Assembly to determine the action plan for the next two years.

I learned that European and American CSA farmers feel under threat from the rise of the ‘box scheme’, where a company coordinates collection of produce from many farms and delivers it to customers. This model can be driven by the same ecological motivations of CSA farmers – to provide only local, seasonal produce and support farmers in the region; but it can also be driven by the same old profit motives that see supermarkets make their offerings and locations as convenient as possible, to lure more customers in.

In Australia, it was Robert Pekin and Emma-Kate Rose, of Food Connect in Brisbane, who really pioneered a connected model, via box schemes, of a close-knit community of farmers and eaters, and CSAs came later. Other models give consumers the feel-good factor of supporting farmers, but most of their farmers remain faceless and nameless, and your bag in Melbourne could include produce from anywhere in Australia.

In short, not all box schemes are created equally; and not all perform the social, ecological and financial benefits that underpin CSA, although some certainly share that mission.

Farmers’ markets are the other most obvious form of direct relationship between farmers and eaters, and their number has been growing happily in Australia over the past decade. They’re a great forum for farmers to realise more of the profits of their labour, while connecting closely to the people who buy their produce. However, there are oft-recited drawbacks, of farmers: spending all their weekends at the markets instead of on the farm; and suffering poor sales when the weather is inclement, or when last night’s TV cooking show featured a belly-dish and he/she brought an esky full of loin chops to sell.

With the increasing diversity of ways to connect to local farmers, there will be something for everyone. Here at Jonai Farms and Meatsmiths, we’ve come home from the Urgenci conference in China full of ideas: about how to progress our efforts to follow the teikei principles in our thriving CSA; with plans to share our budget with our members and host a members’ farm day, with lots of butchery and cooking demos to help our community know how to best use everything in their monthly deliveries.

The connection to our CSA community of eaters motivates us constantly to do better, learn more, and learn quickly from our mistakes. Whether it’s taking note of Sarah’s daughter’s food intolerances, and reassuring her and everyone that we don’t and won’t use preservatives in any of our products; or ensuring Gerald gets enough nitrite-free bacon to keep the three-year-old happy; or sharing one of the new recipes I’ve developed to help people expand their cooking repertoire and, therefore, the sustainability of their eating habits. CSA is not just about sharing both the risk and the bounty; it’s about radical, delicious, food system transformation.

So the next time you’re at the farmers’ market, ask your farmers whether they’ve ever considered running a CSA and, if it works for you, let them know you’d be keen to be a member and support their work directly. And if these are the conversations you think are important, check out the work of the Australian Food Sovereignty Alliance (AFSA), and show your solidarity and add your voice to the Fair Food movement in Australia by signing up as a member! 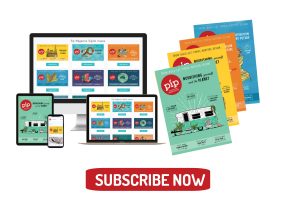 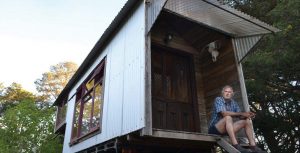 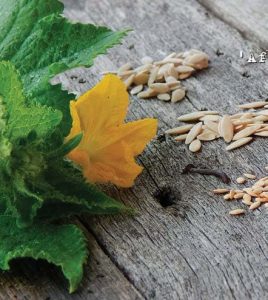 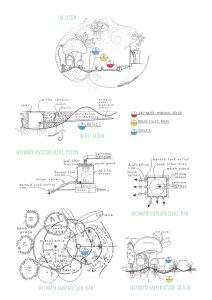