Sweet pepper, bell pepper or capsicum, regardless of what you call it, this versatile vegetable is a firm favourite in households worldwide. As easy to grow in pots as they are in the ground, and with many varieties to choose from, capsicums are a delicious addition to the warm weather garden.

Capsicums are a fruiting vegetable from the nightshade or Solanaceae family, the same family as tomato, eggplant, chilli and potato. Although commonly considered a summer vegetable, capsicums are actually a short-lived perennial grown as an annual in cooler climates due to their frost-sensitivity.

Originating in Mexico and Central and South America before spreading throughout Europe and Asia, they contain very high levels of vitamin C and are a great source of antioxidants. While most of us would be familiar with the common red and green varieties, capsicums can be found in a rainbow of colours from orange right through to dark purple and black, so they have a cheery ornamental value in the vegie patch, too.

Capsicums love heat and need warm weather to thrive. Air temperatures of around 30 ºC and soil temperatures of at least 20 ºC are optimal for seed germination, plant growth and a ripening crop. You can grow capsicum most of the year in warmer subtropical and tropical areas, where they are true to their short-lived perennial nature.

Capsicum plants like a deep, well-drained soil which is rich in organic matter with a slightly acidic pH of 6–7. They have only a moderate need for nitrogen – too much nitrogen in your soil will result in them producing abundant leafy growth at the expense of a good harvest. As a result, if you practise crop rotation, capsicums will do well planted in a bed after nitrogen-hungry plants like leafy greens. It’s also important to remember that because they are part of the same family as tomatoes, eggplants and potatoes, they can be affected by similar pests and diseases, so take this into consideration when planning plant placement in your garden.

Sow capsicum seeds in seed trays undercover (in a glasshouse or on a sunny windowsill with your tomato seeds is perfect) in late August or September in temperate, subtropical and arid climates with cool to cold winters. Their preference for warm weather means there’s not a lot of value in starting them earlier. In tropical areas, starting seeds in autumn will mean the plants have several months to grow and establish before the heat and humidity of the wet season sets in. Seeds will germinate between five and 21 days and the seedlings will be ready to plant out when they are 10–15 centimetres high, usually around five or six weeks after germination.

Capsicums do best in a warm, sunny spot that is protected from strong winds and, if you’re in a hot area, they’ll be grateful for some afternoon shade to prevent sun scald on the fruit. Their stems can be quite brittle, so plant them out with a short stake to help support them. The plants grow to a small bush of up to 80 centimetres tall, are quite compact and easy to fit in garden beds – just make sure you give them plenty of breathing space, as they need good airflow to help prevent pests and diseases. Capsicums require a moderate amount of water, thanks to their prolific cropping habit and fleshy fruit, and benefit from heavy mulching to maintain even soil moisture.

Clockwise from top: Capsicum seedlings need hot weather to thrive, so there’s no benefit to starting seeds off early; You can pick them green or wait until they turn red; Stake when they’re young to avoid disrupting roots; Zulu capsicums are one of the darkest varieties.

Capsicums are a great vegetable to grow in pots if you are short on space or want to move them around the garden throughout the year. Choose a free-draining pot at least 30 centimetres in diameter and use a mix of good-quality potting mix and compost. A sprinkling of organic fertiliser and some mulch on top will keep the plant fed and the soil moist, and because pots will dry out more easily, it’s important to water them well and frequently.

You’ll also need to stake the plant for support. There are varieties of capsicum like Red Cherry that produce an abundance of smaller fruit, making them a perfect choice for a pot by a sunny back door.

If you live in an area that avoids very cold and frosty winters, you might like to try overwintering your capsicum plants. Place them in a protected spot that will get early-morning sun – along a north-eastern facing wall is perfect. The wall helps to moderate and retain heat at night, and morning sun protects the plants from those chilly sunrises. You could also fix shade cloth or frost blanket to stakes around the plant to protect it from cold air (if you use plastic, make sure you remove it during the day to allow air circulation and to avoid the plant developing mould).

The plants will slow down or cease growth if the temperatures are too cold, but will pick up again once you head into summer. Cut them back in spring and give them a good feed of organic fertiliser and seaweed solution to get them restarted.

Capsicums are vulnerable to similar pests and diseases as tomatoes. In particular, look out for a condition called ‘blossom end rot’ which shows up as dark, sunken rotten patches on the base of the fruit. This indicates a calcium imbalance in the plant and will usually be due to inconsistent watering or, less commonly, a calcium deficiency in the soil. If this happens, remove the affected fruit (it’s fine to compost) and make sure you are not letting the soil around the plant go from very wet to very dry and back again. A consistent pattern of deep watering and some thick mulch around the base of the plant to moderate soil drying will almost always fix the problem. Fortnightly applications of seaweed fertiliser will also help to strengthen the plant and promote resilience.

In the warmer parts of the country, fruit fly is a persistent problem (see full feature in Pip Issue 18). Treat as you would for tomatoes or fruit trees by using natural baits, cleaning up any fallen fruit or vegetables and, if all else fails, use a mesh bag around individual capsicums to exclude the fruit fly. Sap-sucking insects like aphids and white fly may cause problems if they build up in numbers and can be sprayed with a homemade white oil, which is an organic soap and oil-based spray, or simply left for the resident ladybirds to take care of.

Diseases that may show up in capsicum usually relate to fungal infections like leaf spot or powdery mildew and can be treated with a homemade milk spray or commercial eco-fungicide. To minimise the likelihood of them appearing, water your plants early in the day, avoid getting the foliage wet and ensure you have really good airflow around the plant.

Capsicums will generally be ready to harvest between eight and 12 weeks after germination. The warmer the weather, the faster the fruits ripen and the sweeter they will be. The variety you grow will determine the colour of the capsicum you pick; they’ll all start out as green and change colour as they ripen to red, cream, yellow, orange, purple, chocolate brown or almost black, depending on the variety. You can eat the green unripened fruit from the coloured varieties too, they will just be less sweet and carry a different flavour. Just to be tricky, there are also varieties of capsicum that stay green even when ripe.

Use a knife or secateurs to harvest the fruit – you can damage the brittle stems by trying to pull them off. You’ll find the more often you harvest, the more flowers the plants will produce, so don’t hesitate to get those ripe capsicums off the plant. A good tip is to harvest the first fruit when they are still green to stimulate more flowers early in the season. If the weather stays warm, you’ll be harvesting capsicums well into autumn.

Capsicums are simple to save seed from. As you come towards the end of the harvest season, leave a large and healthy fruit on the plant until it is completely ripe. After you pick it and cut it open, remove the seeds and spread them on paper towel to dry. Once dried completely they can be stored in a jar, paper bag or envelope. Do make sure you are only saving seed from heirloom or openpollinated varieties though, as the plants grown from hybrid F1 varieties may not produce fertile seed.

Hugely versatile in the kitchen, capsicums can be eaten fresh, roasted, pickled, pan-fried, barbecued, smoked or turned into dip, so you may have trouble ending up with a surplus you need to preserve.

If you do decide you can’t stomach any more for the time being, there are many ways to preserve capsicum for later. The easiest way is to freeze them, as capsicums freeze well without a need for any blanching. Wash, dry and remove the stems and the internal seeds and white membrane, which is quite bitter, then slice or dice and freeze in portions. You can use frozen capsicum straight from the freezer for soups or stews in winter, or defrost them to use in sauces and dips. Another great way to preserve capsicums is to chargrill them, remove the skins and submerge in a garlic brine and oil mixture. They can be stored in the fridge for up to six months – no more marinated peppers from the deli!

Grow your own paprika!

HOMEMADE SPICE FROM YOUR GARDEN

This popular spice is actually a variety of capsicum that was bred in Hungary and also goes by the name of Sweet Capsicum. Bearing slightly smaller fruit than the common capsicum, paprikas can be eaten fresh, dried and ground. Growing your own paprika is easy, and their abundant fruiting habit means that you can end up with a decent amount of dried paprika from just a few plants.

Hang fully ripe paprika capsicums in a cool, dry place with good airflow and allow to completely dry. You can speed up the process by halving them, removing the seeds and drying in a dehydrator.

Once fully dry, break open the capsicums and remove the seeds making sure there is no evidence of mould inside. Grind up the dried capsicum flesh in a food processor or spice grinder and store in an airtight container as you would for any other spice. If you’d like to make smoked paprika, simply place the picked fruit into a cold smoker for 24 hours before completing the drying process. 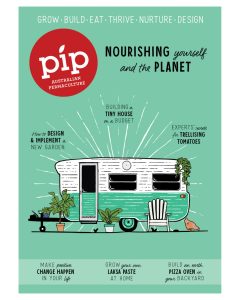 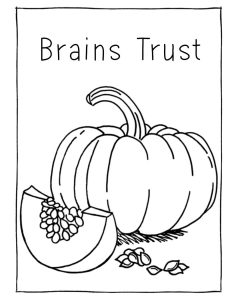 Letters To The Editor 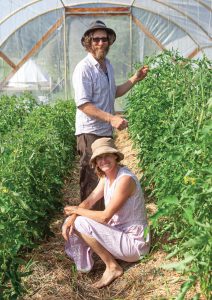