Notoriously noisy, fiercely territorial and adept foragers, guinea fowl can be a really useful addition to a permaculture patch.

As far as domesticated birds go, guinea fowl are on the wild end of the spectrum. Originating in Africa’s sub-Sahara region, they have plenty to offer the home gardener, but they also have some pretty unique needs.

Raising keets is similar to raising chicks – a lined brooder box with a heat source, food and water. Place small rocks in the water dish to prevent drowning and ensure their bedding isn’t made up of small pieces – avoid sawdust, for example – or the keets will mistake it for food.

Compared to chicks, it takes keets longer to develop strength in their legs, so it’s important to leave them to settle once in the brooder. A keet can dislocate its legs easily reacting to a fright and, unlike chickens, can’t be rectified. Aim for an ambient temperature of 35 °C for the first week, backing it off slightly each week as they grow.

Guinea fowl should be ready to leave the brooder within three weeks. But because they’re closely related to wild birds, need to be taught their new environment is home.

Keep them inside the coop for three weeks before allowing them out to forage. Even then, only allow one guinea out at a time. They’re sociable birds and will be more inclined to return to the coop in search of the rest of the flock. If you turn the flock out all at once, they’re likely to roost in trees or wander off together.

Guineas will instinctively want to roost in trees which, depending on your circumstances, may be okay. But guineas are good flyers, so providing them with a roost at least 150 cm off the ground and keeping their wings clipped will keep them happy and at home.

Guinea fowl will be far easier on your vegetable garden than chickens. If allowed to forage, their diet is almost entirely insects and seeds, which isn’t to say they won’t help themselves to fruit or vegies if given the chance, but they don’t scratch the ground like other poultry.

As long as your vegie garden is relatively mature, guinea fowl can be an effective way to control pests. Armed with great eyesight, they’ll pick their way through a vegie patch looking for insects while leaving your crops relatively untouched. While they’ll clear an aphid infestation in no time, they don’t discriminate and can wipe out a population of beneficial bugs in the same amount of time.

Guinea fowl are notoriously noisy. And while people living in medium-density urban environments need to consider their neighbours before committing to raising guinea fowl, in the right environment they can make really effective watchdogs. Once they’re settled into their environment, a discerning owner will be able to hear the difference between squabbling and alarmed.

Guineas are territorial and, in a large enough group, have been known to surround and pester snakes with some evidence suggesting they’ll go so far as to kill them if they feel threatened enough.

Guineas can be raised as both egg layers and meat birds

More likely to lay eggs in a nest in long grass, the size of a guinea fowl’s egg is similar in both size and flavour to a chicken egg, albeit with a very hard shell.

The meat is described as gamey and, given its tendency to become dry when cooked, it’s recommended to cook a guinea fowl slower and longer than you would a chicken, following the instructions for cooking a duck or a pheasant for best results. 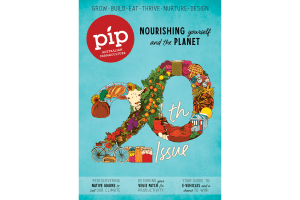