After the three most unsustainable days of my life, spent mostly in aeroplanes and hotel rooms, we arrived in Cuba for the eleventh IPC in late November and early December last year.

First up was a conference held over three days in Havana. We were treated to a great overview of permaculture from speakers from around the globe, in both English and Spanish. Day 1 was ‘Permaculture on islands’. Day 2 focused on ‘Climate change’ and Day 3 was on ‘Urban permaculture’ with examples of inspiring community-based projects and organisational structures.

Following the conference there was a day of urban tours. The food gardens were inspiring, combining permaculture with other areas of life – one with anti-violence education, another a car detailing business!

The highlight was Organoponico Vivero Alamar, a commercial food production system in the suburbs which brought approving gasps: the mycorrhiza propagation area, extensive worm farms, cattle-powered plough and companion planting! It also gave us a new perspective on the situation in Cuba: they have very productive organic vegetable systems, but the challenge lies in getting the population to eat them.

There was a large Australian contingent, around fifty, and participants from all over the globe, although Asia and Africa were under-represented. It was fantastic to meet such a wide range of people from different climatic regions and cultural situations. The interminable thrice daily lines for meals provided a great opportunity for networking with long, intense discussions and information exchanges.

The scheduled sessions were many and varied, with a diverse group of presenters and facilitators. There was something of interest to everyone, no matter how obscure their focus. I enjoyed connecting with people doing similar things to me in very different situations.

However, the Convergence did not foster large group discussions on big-picture, global permaculture issues. For instance, a discussion on the Permaculture Design Course curriculum attracted a lot of interest and over one hundred people attended, but the discussion fitted into the standard one hour timeslot. There was barely time to scratch the surface of such an important and controversial topic.

The subsequent tours started with another unscheduled networking opportunity as we waited five hours for buses to arrive. Over three days we saw community and private gardens, food forests and an impressive spread of tropical fruit provided by enthusiastic hosts.

Although it was inspiring to see meaningful projects undertaken with absolutely minimal resources, there was a general feeling of anticlimax, with isolated projects separated by long distances.

However, after making contact with so many permaculture people from around the world, hearing about many wonderful projects and being involved in stimulating discussions, I came away from the Convergence experience feeling more positive and enthusiastic than when I arrived. For me it was worth all those air-miles …

Report by Robyn Francis at www.permaculture.com.au/articles/projects-travels/ipc11-cuba-report.html

Make Your Own Recycled Bunting 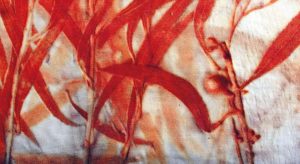 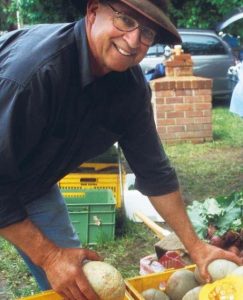 Permaculture For Food Security And Sovereignty