Nettle grows all over Australia, preferring partially shady spots with fertile soils. The Australian native nettle, Urtica incisa (scrub nettle), is an upright perennial found in streams and rainforests. You can find other introduced varieties everywhere, such as the annuals Urtica urens (dwarf nettle) and Urtica dioica (common nettle).

Although considered a weed to most, it is actually a cultivated crop and has been highly valued since ancient times as a vegetable, fibre and remedy, along with dandelion and dock. Once you’ve encountered nettle, you’ll never forget it.

The burning sensation from a nettle sting is definitely memorable. The stems and leaves are covered in fine silica hairs that release chemicals from their hollow tube. The itching, stinging or burning sensations when you’ve brushed past one of these can last for a few minutes or hours. Interestingly, cooked and dried nettle creates no reaction, and neither does a crushed leaf.

If you do get stung, crush or chew some leaves of dock and rub the paste on the site. Fortunately, you typically find these two growing nearby. If you can’t find any, use soapy water or make a paste from bicarb and water. Avoid scratching.

Harvest new nettles (less than 30 cms) with tender leaves before they flower and seed. Pick just the first two or three pairs of leaves from the tips of plants, carefully putting them into a bag. Make sure of course that you harvest nettle where there is no chemical spraying or contamination. You can use it fresh, freeze dry it, or dry it.

Young nettle leaves are used as a spinach alternative. You can eat them after simply blanching them for a minute in boiling water. They also make for a nourishing soup. Nettle can be eaten raw by blending, juicing or crushing with a mortar and pestle (some use their teeth). The prickles disappear with cooking, drying and blending. It’s really super healthy, being high in protein, calcium and iron and other minerals. The flowers, seeds and roots of nettle are also edible. In the Middle Ages, the plant tops were used as a rennet substitute in cheese-making.

Nettle tea, dried or fresh, is used for relieving aching joints and for flushing away toxins. It also soothes coughs and colds, hayfever and eczema.

Nettle is recommended to women for many reasons, such as to help relieve PMS and menstrual pain, reduce anaemia during pregnancy, and increase the milk of breastfeeding mothers.

It can be crushed and rubbed on the body to soothe aches, pains and rough skin, and can be rubbed into hair to condition it and prevent dandruff and hair loss. 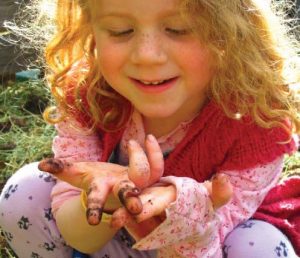 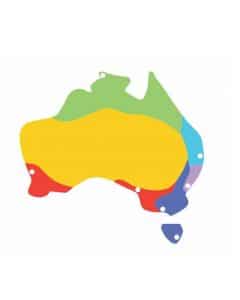 In The Garden: March – June 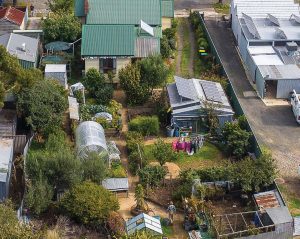 Retrosuburbia: The Downshifter’ Guide To A Resilient Future 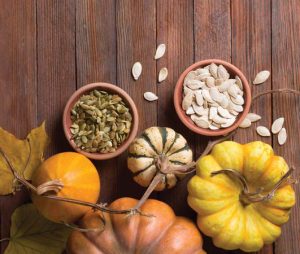 Save Your Seeds: Pumpkin