In 1988 Bill Mollison stood on top of a swale at Crystal Waters Eco Village and declared: ‘Permaculturists want to be property developers’. While the job description for a property developer might conjure up images of housing market bubbles, and terribly-designed boxes squeezed onto ever-diminishing parcels of urban land, in many ways Bill was on the money. The desire for a patch of one’s own has led many a permie down the garden path of property ownership. But what if there was a way to create a living out of ethically and sustainably developing land for the future.

Why Become A Property Developer?

The need for more environmentally-sensitive housing is a no-brainer. But is that argument enough to make you put your energy into becoming a property developer? Permaculture teacher and property developer Ian Lillington certainly thinks so. He and his partner Marita went into the business to create sensible, sensitive subdivisions, and to help people move out of big metropolitan areas and set up a good life in a smaller town.

How Is Permaculture Development Different?

Ian says there are many differences between his work and that of local estate developers, but the main one is setting limits: ‘We accept a smaller income from our business than some would, as we are willing to spend more on infrastructure to ensure houses have passive solar orientation, insulation, space for gardens and solar systems’. These are eco-features that most developers would simply overlook.

Limiting the number of houses on a site is another factor. Ian and Marita’s most recent development – a single house on 500 m2 in Hepburn Springs (Victoria) – is a good example. ‘A mainstream developer would probably have built two units here, with no useful garden, and made more money. But we made sure that all the topsoil from the house and path areas was concentrated into the remaining 300 m2 of garden beds, so that maximum food production was possible, and the new owner received ready-made herb and vegetable gardens, and six fruit trees as part of the package.’

Ian and Marita always leave a garden for food, and sometimes as much as one fifth of a hectare (half an acre) for production. ‘We will not cram in too many houses, and in our current development we could have made twelve 600 m2 blocks (according to planning law), but instead we have made three blocks of around 3000 m2, to leave room for the gardens, chooks, orchards and windbreaks.’

As well as prioritising garden size over house size, permaculture developments usually forgo the bells and whistles that a conventional new development might offer (such as double car garage and energy guzzling aircon), in exchange for a set of bells and whistles of their own: solar panels, water tanks, composting toilets and topnotch insulation are expected standards. As is northern orientation, which as Ian explains, can be an extra cost. ‘This [good orientation] can mean spending more on creating roads and services, instead of a simpler approach that would leave a small block where a designer would have to face a building to the east or west.’

Community is a vital factor in permaculture property developments, and one of the most overlooked factors in the soulless developments that surround our major cities. For this reason Ian and Marita work in towns with an existing community of like-minded folk, with jobs and transport close by.

However, there are eco-developments that do almost the exact opposite. Setting up a community from scratch is certainly not an undertaking for the faint-hearted, but this is exactly what some permaculture developers try to do. Crystal Waters Eco Village in Queensland (where Bill Mollison made his famous speech) was developed on a site far from any existing community infrastructure, but is now home to 200 residents, with many small permaculture based businesses to boot. Witchcliffe Eco Village, a planned ecovillage near Margaret River in Western Australia, has also made community a central focus of the development, with a village green, community centre, retirement and affordable housing all part of the mix, to encourage the establishment of a diverse and active community.

Ian and Marita’s developments achieve this more subtly: being located in growing towns of like-minded permie people; by developing two, three or even more properties on the same site, so that new residents know they’re guaranteed to have excellent neighbours.

There’s an old adage that you can’t make money without spending money, and that is certainly true of property development. But is property development only for those with the privilege of a healthy bank balance? Ian and Marita say it’s not so: ‘We financed our projects by saving a small deposit and then borrowing the rest of the money from the Bendigo Bank. We then bought the cheapest house in the street and worked hard on adding value.’ After their first project the couple made a surplus and were able to use this on their next project, and so on. They’re chipping away at their loan with each project, and aim to be debt free eight years from their start date. While they acknowledge that others may see debt as risky, they know that without it the projects they are working on simply wouldn’t happen.

Another way they mitigate their risks is by keeping their projects small-scale. ‘After being involved in several largescale eco-developments, with long lead times and large upfront investments, we decided to focus on smaller-scale developments’, Ian explains. Good planning and an accountant are ‘must-haves’ when taking on the risk of property develop ment, Ian adds: ‘Accountants are one of the most underestimated parts of good sustainable development!’

For the budding property developer, Ian suggests finding land that is zoned residential, in towns rather than major cities, for two reasons. Firstly, town-zoning avoids the need to re-zone land, as commercial or farm zones can prove problematic. Secondly, country towns and cities have much more available (not to mention, affordable) land. In Victoria, where Ian and Marita live and work, land in new estates is usually sold in blocks of between 300–600 m2. As the mythical ‘quarter acre’ is just over 1000 m2, , it’s possible to buy a house on a typical older house block, divide it into two and still end up with a block the same size as you’d get in your average new suburb.

Creating a development in a desirable location, with good public transport access to major cities, and in areas where local work is readily available, is also an important part of adding to the sustainability of the lives of those who will live there. Another tip from Ian is to limit your work to two or maybe three Council areas, so that you’re working close to home and with soils, climate and people you know well.

Is Permaculture Property Development For You?

Inspired to create a permaculture property empire of your own? If you’re passionate about beating developers at their own game, creating inspirational and sustainable places for people to live, and you’re not scared of a bit of bit of hard work and financial risk, then property development might be the permaculture niche for you! 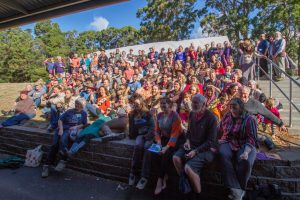 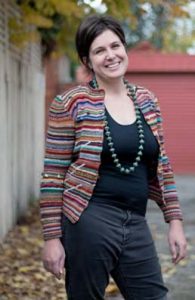 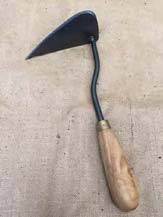