Clockwise from above: Purslane leaves are juicy and succulent-like; Purslane; Pickled purslane; Purslane and tomato salad.

Purslane (Portulaca oleracea) can be seen as an annoying weed, but for those in the know, it is an abundant source of valuable vitamins and nutrients and is a tasty food source. Also known as pigweed (not to be confused with pigface, Carpobrotus rossii), it is a vigorous annual plant that grows like a ground cover and can be eaten raw or cooked. Highly revered in Mediterranean and Eastern cuisines, it is almost unknown to the Australian palate.

Where To Find It

Purslane has adapted to a variety of climates, from arid to tropical, temperate and Mediterranean. It’s a succulent and can survive the extremes of seasonal monsoons and monthlong droughts.

It can be found in most parts of Australia and all over the world. It pops up in summertime where there is bare soil and it grows extremely well under any condition (sun or shade, rich or poor soil, watered or not).

The Latin name ‘portulaca’ derives from the terms ‘potare’ (to carry) and ‘lac’ (milk). In fact, the plant is used by nursing mothers to increase milk production.

It has a high content of vitamins C, A and E, and a good range of B vitamins. It contains the highest amount of omega- 3 fatty acids of any vegetable and also a good amount of alpha-Linolenic acid, which helps lower cholesterol, regulate blood pressure and metabolism, and protect against cancer and melanomas. It’s rich in iron and magnesium and also contains calcium and potassium.

The plant grows as a ground cover to about 15 cm high. Stems can be red or green and are smooth and hairless. They have bright green leaves with smooth edges. The stems and leaves are succulent-like and produce a clear juice when squeezed.

Purslane can be eaten raw or cooked, and is very adaptable to any dish that calls for greens. It is very common to have it in a salad, usually in combination with onion, chives or freshly ground pepper to counteract the cooling effect of the plant. It is also good in sandwiches, stir-fries, omelettes, soups and pickles.

It can be eaten freely, however it does contain a reasonable amount of oxalic acid (about the same amount as spinach)— the younger the leaves, the lower the content. If this worries you, keep in mind that a high oxalic acid intake is not a problem as long as it is combined with foods rich in calcium (vegetables, greens and dairy). Cooking the plant greatly reduces the oxalic acid content. However purslane is not recommended for the sick, the very young, pregnant women or those with rheumatism or gout.

Early settlers mentioned Indigenous Australians collecting purslane seeds and grinding them into a flour that they would then cook into small cakes in hot ashes. Botanist Joseph Maiden wrote in 1889, ‘One would suppose that so small a seed would scarcely repay the labour of collecting’ but he remarked on the good health of the ‘natives’. A patch of about a square metre will produce a heaped tablespoon of oily, highly nutritious seeds, with a flavour compared to that of linseed.

So whether you are lucky enough to have it come up naturally in your patch or whether you cultivate it, purslane is definitely one to add to your culinary collection.

Rinse the purslane, cut it into small sections and place it in sterilised jars. In the meantime, bring the vinegar with all the other ingredients to the boil and let simmer for 10 minutes. Pour the pickling solution over the purslane and fill the jars to the top. Close the jars and let cool upside down. Wait at least a month before consuming. Enjoy! 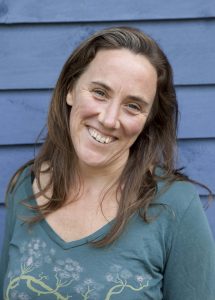 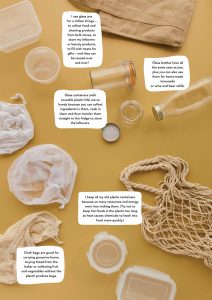 Waste Not: Reducing Waste In The Kitchen 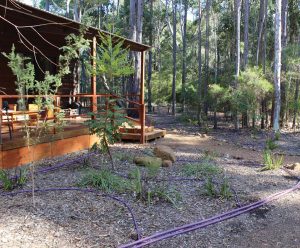 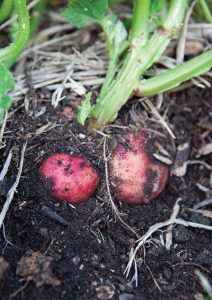