Almost fifteen years ago, a young Shanaka Fernando dreamed of a world based on need rather than greed. He wished people would focus less on money and more on each other, and wondered if the act of giving would make a difference.

It was a philosophical question, about generosity: ‘If we are as generous as possible, would people value that and reciprocate? Could we create a culture of generosity?’ Although Shanaka was born into comfortable circumstances in Sri Lanka, as a child he’d seen the struggles of those less fortunate than himself. As a student in Australia he wondered what would happen if food was made available to people without them having to worry about money.

Not content to wonder, Shanaka took action, and in early 2000 opened the first restaurant of the not-for profit organisation Lentil as Anything in St Kilda. The restaurant served simple, nutritious vegetarian food with the help of local volunteer staff. ‘I knew that it wasn’t being done anywhere else. I hoped it would work, and was happy to try for three months. I knew that people needed an opportunity to bring out the best in themselves.’ Nearly fifteen years later, his experiment in generosity is a success: Lentil as Anything has five restaurants in Melbourne and Sydney, and each has no fixed prices – some customers pay more than the cost of providing the food, others are not able to pay at all.

Shanaka is passionate about the pay-asyou- feel model, which he thinks has the power to transform communities. The Lentil as Anything restaurants are not ordinary restaurants: they rely on the generosity of the community to pay for food, rent, bills and wages; most of the staff work for no pay; and local farmers donate produce regularly. This model defies expectations of business success, and some people find it difficult to grasp. A 2012 documentary reported that Lentils was in serious financial trouble and drowning in debt. There was no debt however; the reported amount was in fact the value of donated produce from supportive farmers.

Shanaka is an astute operator who understands trust, and that the community only gives when he gives: ‘When our generosity fails, customers pull back on theirs.’ The restaurants work hard to promote inclusion, welcoming everyone from young people on the edges of society, to the long-term unemployed and new arrivals in the country. He has found that when his restaurants lose sight of their core values, the balance slips. ‘We focus our energies on great food and friendly service. We welcome diversity, culture, music, art and dancing. When our community values are right, people support us. Volunteers arrive and take ownership.’

For Shanaka the Lentil as Anything story is about people, not food. He explains that, even without advertising (which he finds misleading and manipulative) volunteers simply turn up. He believes that if you’re doing something good, people will find you. ‘It’s not just about a free meal. People come because they feel welcome. Lentil as Anything is a place where anyone can find acceptance and belonging.’ A local parent writes Shanaka a cheque for $5000 each year in gratitude for saving his daughter’s life. The young woman was involved with drugs and low in hope when the Lentil as Anything organisation drew her in. Volunteering gave her purpose, self-worth, and the support and sustenance she needed.

The people who work for Shanaka – collectively accumulating more than six million hours a year, serving up a million meals – are far more than a volunteer workforce to him. He is passionate about the extraordinary people who weave magic in his restaurants. Many come for the food and the work experience, but they return for the community.

They value the company and the connection with others, the reason to get up in the morning; they’re needed, and have a purpose beyond surviving.

Nowhere is this more obvious than at the Footscray restaurant, central to the asylum seeker community and home to many new Australians. In Footscray more than half the meals served are free, and this would not be possible without cross subsidy by restaurants in higher socio-economic areas, where patrons willingly pay more than the value of their meal, aware that they are feeding a hungry person. Far from the weak link in an otherwise successful operation, the Footscray restaurant is core to the model – it relies on such generosity.

Feeding and sustaining a community can only benefit from a closer connection to land and Shanaka has secured more than three hectares of urban land close to the Abbotsford and Preston restaurants, and recently invited the community to cultivate food gardens. A dedicated group of gardeners, permaculturists and volunteers has taken to the project with gusto. The vision is to create a self-supporting system that feeds, nurtures and engages the community. While the gardens will grow produce for the restaurants, there will be therapeutic benefits for people. It seems likely that the Urban Garden Collective will be welcomed as warmly as the restaurants. 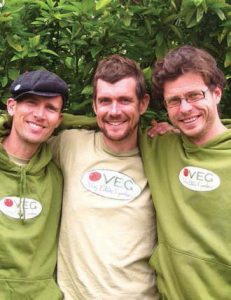 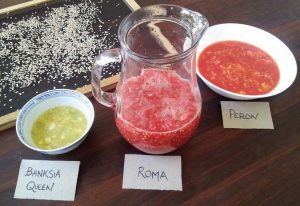 Save Your Seeds: How To Save Tomato Seed 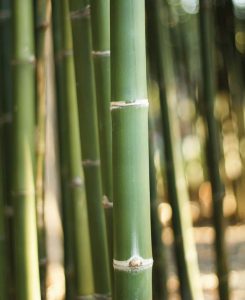 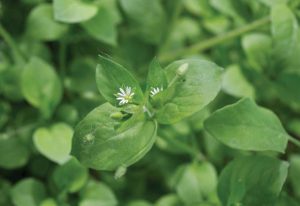