Gonâve island, fifteen kilometres wide and sixty kilometres long, lies under the Haitian sun. What once would have been a rich ecology is now as seriously degraded as the mainland. Even in its degraded state 50,000 sought refuge there after the 2010 earthquake.

While most refugees have since returned to the mainland, there are 100,000 people who live permanently on the island. Most live a subsistence life based on charcoal production, agriculture and fishing, but after decades of charcoal production the island’s fertility and water resources are seriously degraded. Locally produced foods still include flour (mainly cassava), coffee, fruit and fish, but ninety per cent of the island now relies on food imported on the local ferry, mostly unhealthy products or aid food.

There is no running water or sewerage and as the level of groundwater has dropped many village wells now have reduced inflow. Many households survive on meagre amounts. A 2011 survey showed the average water use per person was only 7 l/person/ day. This is one of the most waterpoor communities in the world. One household offered their ‘coping strategy’ as saving their urine each night so they could use it the next day if they couldn’t find water. Many households use dirty water, as that’s the only water available. Water-borne diseases of diarrhoea and typhoid are common and cholera outbreaks have also been occurring. There is extraordinary human deprivation in these communities. There is only two kilometres of paved road on the whole island and electricity only in the main town between 6 pm and midnight, most days. There are virtually no government services of schools, roads, police, electricity, reticulated water or health services. The communities fend for themselves.

AAE formed in 2001 as a local volunteer association and have a small group of supporters in Australia who raise funds to assist them. AAE is now active in four of the island’s main villages. The most obvious challenges are to improve water and sanitation and to help people produce food locally. The younger generation longs for western products but there are few jobs and the lack of funds helps them accept that selfsufficiency and improved community management are their better options.

After the 2010 earthquake, with future self-sufficiency in mind, AAE La Gonâve expanded its Saturday morning sport program into a Saturday Environmental School (SES), involving the children in growing food and caring for poultry as well as sport. Now children receive instruction on a range of topics such as: health and sanitation (e.g. cholera prevention), clean food handling, personal hygiene and water management (identifying dirty water, reporting broken pipes, saving water) and get a nutritious morning snack. In September the new AAE preschool will have its own kitchen garden with chickens.

At first the families were reluctant to let their children attend the SES as they wanted their help with farm work but now they appreciate the practical added value for their children’s education. The SES program also stresses the power of cooperation and delegating towards a common goal.

In 2013 AAE received a $1000 Permafund grant to establish a vetiver grass project and John McKenzie introduced us to Roberto Perez, Director of the Man and the Environment Foundation and organiser of the PDC11, Cuba. Roberto generously sponsored AAE two places in the IPCC conference and the pre-conference permaculture design course. AAE La Gonâve members Samuel Michel and Makenson Osne attended and it opened their eyes to ‘new’ practices in which they recognised some of their own traditions, giving credibility to permaculture. Since returning Samuel and Makenson speak about permaculture whenever they can, including on the two-hour long ferry trips to and from the mainland.

This connection to permaculture has opened a new approach for AAE. Community gardens have been created and AAE is supporting production of vetiver grass and clumping bamboo using seedlings donated from Puerto Rico. Food products being developed include dried fruit, peanut butter, locally made pasta and moringa products, powdering surplus beans, making kitchen tools and cutlery from coconut shells and use of rocket stoves.

AAE is very proud of its work and the support in the communities, but there is so much more to do. AAE is looking at what more permaculture can do to assist on La Gonave. In 2015 we are planning a bioregional mapping and community skill-building project in natural resource management. We hope this will be a springboard plan for wider community understanding and community organising, also to interest the government and NGOs.

We call to the Permaculture community in Australia for support. If you can assist please contact AAEAustralia www.aaehaiti.org, Orietta (Australia 0414 818 055) or Permafund at hello@permacultureaustralia.org.au 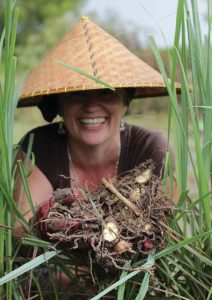 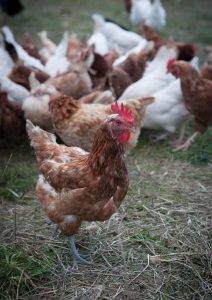 Grow Your Own Meat 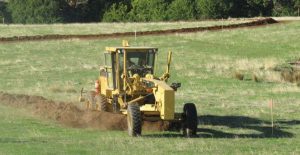 The Permaculture Power Of Big Machines 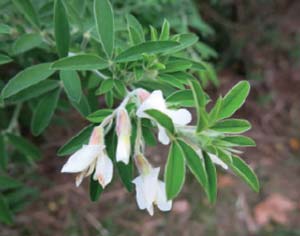