As superfood fads go, the movement towards eating insects has a lot of hype, but is less commonly adopted. An untapped source of protein, high in amino acids, wildly abundant, easy to grow, with a tiny ecological footprint—the sales pitch sounds great to most of us until we’re presented with a dish of mealworms.

There’s something taboo about the idea of eating creepy crawlies in the Western world, but according to its proponents, entomophagy (the practice of eating insects on purpose) is going to get a whole lot bigger, despite the small size of its heroes.

The French eat snails, Mexican and Thai people are wellknown for their fondness for crickets, and even our homegrown witchetty grubs and honey ants are part of traditional Australian ‘bush tucker’ folklore.

For most of us however, eating insects (beyond say, a few stray aphids on our homegrown brassica leaves) is pretty low down on our to-do lists. Perhaps it’s because in the West we see insects as dirt dwelling vectors of disease. Or perhaps it has more to do with our Judeo-Christian cultural heritage, where insects were almost never deemed to be ‘kosher’. Or perhaps there’s something deeper too.

Reasons for eating insects are often tied up with survival and cultures who live in harmony with the land are more likely to eat them, whereas larger animals perhaps appeal more to our Western desire for abundance and for domination of the land.

Che Hall lives in an ordinary house in an ordinary street in an outer northern suburb of Melbourne. Che and her young family have been on an insect eating kick for close to a year. Che herself has been eating insects for a lot longer, growing up in rural Queensland among descendants of the first Australians, where the bush was their tuckshop.

‘Growing up, I’d go out into the bush with my friends, go down to the creek to drink water when we wanted, catch yabbies, eat ants and grubs, light a fire and put bunya nuts, yabbies and yams on it,’ Che says. ‘There was a security about that. It didn’t matter what happened in the world, you always had food and water’.

That’s something Che wanted for her kids too. ‘A sense of security around food and knowledge of where it has come from,’ she says. ‘I want to teach my children that they have responsibility about what they consume and the impact that these choices have on the world’.

She recently supported a Kickstarter initiative to create a homescale mealworm farm (the ‘LIVIN hive’) and has been enthusiastically dishing up mealworms to her family since. The discovery came after lots of research by Che into alternative protein sources for her family.

‘The thing I like about what we’re doing is we’ve got the bug farm but we’re also learning about what is out there in the environment,’ she says. ‘For example, if there’s a locust plague, we can turn that into a positive—there’s all this protein that we can be harvesting. And when there’s a cabbage moth caterpillar plague in the garden, we can harvest and freeze them, storing up that protein so we can eat it later.’

Che admits that starting her kids young was one of the driving factors in embarking on her year-long quest to feed her family bugs. ‘The kids don’t think twice about whether or not insects are yuck. In fact, our two year old often makes requests for “rainbow yums” (cabbage moth caterpillars, “rainbow” because they turn from green to cream when they are cooked, and “yum” because they are yummy)!’

The ick factor is something Victorian cricket farmer Stephen Stebbing admits he will have to get around if insects are to rule the Western dinner plate. Stephen got his start in cricket farming when his Thai wife, Pornthip Chuenchob, saw a cricket scurrying across their loungeroom floor and said she’d like some more of them—to eat! Three days later, Stephen and Thip were breeding crickets.

Their business has grown steadily over the last three years, and at the moment they’re struggling to keep up with the demand from the local Thai community. ‘We’ve had a few Westerners buy things, but it’s a slow process convincing them,’ Stephen says.

Stephen and Thip’s farm is located at Stanhope, Victoria. On just under five acres, the family grows a lot of protein. At the moment they are harvesting around 40 kg of crickets each week but hope that eventually they’ll be able to do three or four times as much as this.

Stephen sees dairy farms closing down around them as farmers struggle to make money from their land. ‘Beef might be cheaper than crickets to eat at the moment, but the cost to produce it and the land it takes is astronomical,’ he says. ‘The greenhouse gasses from cow production versus cricket production is just chalk and cheese. In the future there will be no alternative than to go for other forms of protein.’

In Thailand, Stephen says, there are 20,000 cricket farms. ‘They don’t have the beef or dairy industry we have here. And they have a whole range of other cricket species bred for human consumption. In Australia we only have one, which is the house cricket. They’re just so far ahead of us.’

The crickets on Stephen’s farms are housed in temperature -controlled undercover spaces in wooden boxes. Stephen says it’s not the sort of thing you’d set up at home unless you were serious about breeding crickets. ‘It requires insulation, heating and a large undercover space, so it’d be tricky to do at home.’ The process also takes a lot of time, as the family must harvest by hand.

The crickets eat greens and pumpkins grown on the farm (Stephen says pumpkins are the secret to making his crickets taste fantastic). The bulk of their diet, however, is chicken layer pellets. ‘There’s a lot of regulation governing what you can and can’t feed crickets for human consumption in Australia,’ he says.

On the subject of consumption, Stephen laughs when Westerners ask him what his produce tastes like. ‘They expect me to say like chicken, but I say like crickets. I eat them lightly fried with salt and pepper, just like eating peanuts. I like to sit around the fire and have a whisky and a few crickets.’

Not everyone in the family is sold on the taste sensation. ‘Their mum loves them but the kids don’t fancy them. They’re a bit spoiled and Westernised and look at the ick factor because it’s an insect. The problem we have in the Western world is getting people’s minds around eating insects. Crickets are in the crustacean family, same as prawns and lobster.’

For those of us new to entomophagy, Stephen suggests trying crickets as a dry roasted snack as a nice way to ease yourself in. There are also cricket protein powders which he says is a high growth industry, where powdered crickets can be added to almost any food imaginable.

Powder is the easiest way Stephen has seen to get people to eat crickets as they don’t see the animal, and it offers an abundance of ways for creative chefs to incorporate it into their products. ‘There are people in Denmark making cricket bread, as well as cricket chips and cricket cookies,’ he says. ‘We need people to take this idea and run with it.’ 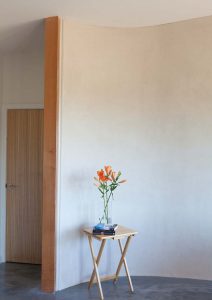 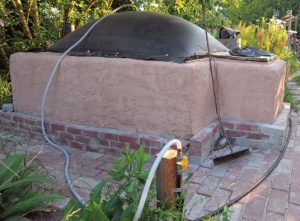 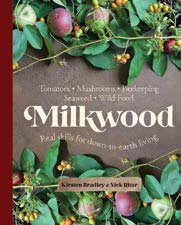 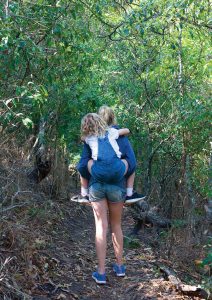